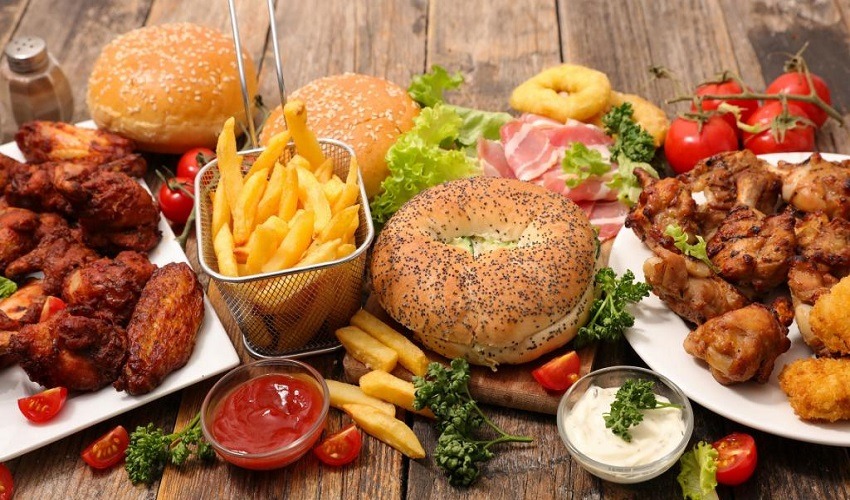 The food this generation knows as “food” is not what we exactly think. Not every edible thing that comes from the supermarket can be termed as food. The artificial colors and flavors added to the food products make them something more than safe food. A variety of such food is available in the market that has adverse effects on human health. To manage food for the growing population, we have come with strategies that may not be truly beneficial. The food industries give us a lot of such examples.

In order to produce food in huge quantities the industries have almost forgot about the quality. The food industries claim to produce hundred percent pure edible products but the additives in them are not safe and unhealthy for the human body.

Let’s take a small example of food these days  : the most famous vegetable around the world, the potatoes. When pesticides are sprayed over the potato fields, workers cannot enter the fields for five days. Potatoes from these fields must be stored for about six months to dissipate the effect of the pesticides(Connections). We can very well imagine the quality of such food and how safe they are for our health.

Hybrid foods are made by the mixing of different types of genes from various forms of a plant. To make these GMO’s sustainable and for improving the nutritive quality a lot is extracted and added to it. To increase the precocity, retention period and the resistance against diseases, chemicals are added that are not entirely beneficial for human health.

The GMO technology might have helped in increasing the quantity of food, but hazards it has brought along will have long lasting effects. To increase milk production in cattle modified bovine growth hormone is injected. It increases the quantity but also increases insulin like growth factor that causes the cancer cells to grow(Algan Ozkok).

so food These days have toxins that have fatal effects. Potatoes can be genetically modified by using a viral Cauliflower mosaic virus. The chemical composition of such potatoes is very different from the normal potatoes and they have dangerous effects on the vital organs and immunity system of mice(Algan Ozkok).

With the ever increasing technology, we came forward with the idea of long-lasting canned food that can be used in a longer time span and is claimed to be friendly for human health as well but some studies show otherwise. Home-made canned food can cause botulism, a disease caused by bacteria called Clostridium botulinum. Along with other minor health issues, death may also be caused due to respiratory failure(Pal et al.). 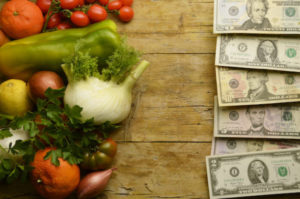 For all the protesting you do about your week by week basic supply charge, the truth of the matter is you’ve never had it so great, at any rate as far as what you are paying for each calorie you are eating. As per the USDA, American people spend under 10% of the salary on nourishment, which is lower than 18% in 1966.

Those resources start with the amazing accomplishment of the one yield: Corn is ruler on American homestead, with each generation passing 12 billion. yearly, up from 4 billion bu. as of late as 1970. When we eat a a Chicken McNugget, cheeseburger, or drink soft drink, we’re eating corn that develops on immense, monocrop fields in Midwestern states like Iowa.

Be that as it may, modest nourishment isn’t free sustenance, and corn accompanies shrouded costs. The yield is intensely treated — both with synthetics like nitrogen and with sponsorships from Washington. Over the previous decade, the Federal Government has emptied more than $50 billion into the corn business, keeping costs for the harvest — at any rate until corn ethanol skewed the market — falsely low.

That is the reason McDonald’s can offer you Big Mac, fries and a Coke for around $5 — a deal, given that the dinner contains about 1,200 calories, the greater part the day by day suggested necessity for grown-ups.

For a certain something, not all nourishment is similarly modest; products of the soil don’t get a similar value underpins as grains(Walsh). In the American Journal, an investigation shows of Clinical Nutrition found that a dollar could purchase 1,200 calories of the potato chips or 875 calories of the soft drink however only 250 calories of vegetables or 170 calories of new organic product.

With the support of the administration, ranchers are creating more calories — approximately 500 more for every individual every day since the 1970s — however several are unfortunate calories. Given that, it’s nothing unexpected we’re so fat; it chiefly cost an excessive amount to be flimsy.

Superstores and markets are full of such food that is not recognizable by our ancestor and they may never categorize it as food. Technology these days have brought a lot benefits but the unchecked precedence in the food technology is also bringing the unseen suffering to humanity that may continue forever if left unconstrained.

In order to organize event at massive level and crowded place like JBR, there is always risk of security involved in it. From the literature, it was evident that collaborative actions of government with other public institutions like municipal bodies or police department can help to reduce such risks

The government plays a important role in the licensing the events as well as provision of services for the events. Furthermore, the investment is usually required and lack of government interest’s in the events can bring out the limited edition of cultural events which are only results in losing the audience’s interest for future events.

Acellus Academy: How to Get Acellus Answers Online- September 2022