First or Third person: Which Narration/Point of View Suits You Best 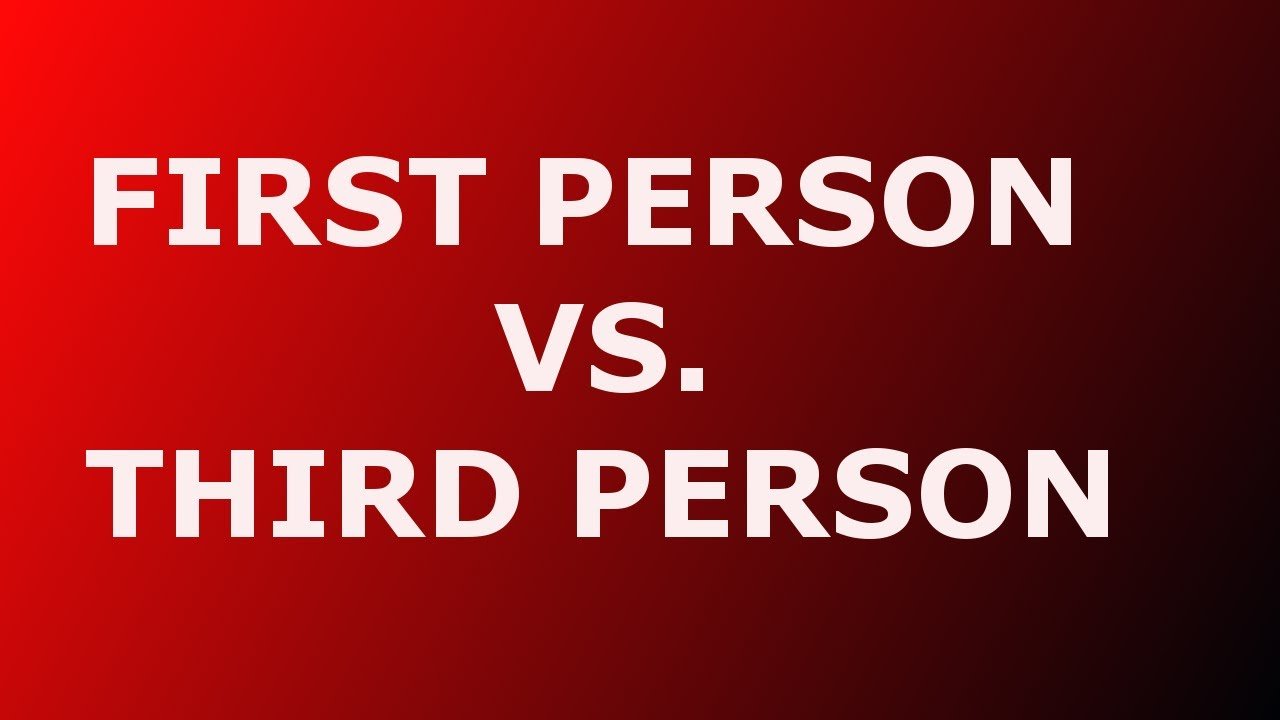 What is a Narrator

Students and often times inexperienced writers tend to make many mistakes when they begin to narrate a story in regards to the point of view they use, the result of which is they lose credibility in their work and the readers lose their interest as well. As there are various types of narratives present in the English language to choose from, it can get a little confusing for new writers to understand which point of view they should utilize in their writing. This post will thus focus on which narratives or point of view one should use and exactly when to use them.

In any argumentative essay, discussion or non-fiction writing, a point of view is an opinion or what YOU (the writer) thinks about a particular topic. Whereas, while writing a fictional story, the point of view that is to be used in the story is determined by what the position of the narrator is while describing the story. The point of view is also known as the narrator’s mode and is vital in the narration of the story being written. The narratives can be separated into the first-person narrative, second person, third person limited and third-person omniscient.

When an author writes in his own perspective or uses his own point of view, he is writing in First-person. This method is used for writing autobiographies (personal essays, memoirs et cetera) and for narration purposes. The use of ‘I’, ‘me’, ‘my’, ‘mine’ et cetera in the singular form is applicable to this method of writing. For example

While using this point of view, be warned about two of the most common mistakes inexperienced writers may make in their work; the first being that writers often become so trapped in how and why the main character or the narrator is feeling something that they forget to write continuation in their story. The readers do not only want to read about the feelings of the narrator but also see what the narrator does about their feelings.

The other common mistake that you should avoid if writing a character that is boring, not interesting or unlikable. When writing a story, you should remember that there is no need to follow the old traditions and write an extremely clichéd story with cliché do-gooder characters. Yes, there are many readers out there that love a good, honest character as he/she inspires them to be better in life, but no one will continue reading your book if the main character of the story isn’t likable or interesting enough. This is also why anti-heros are popular among young readers due to their interesting life choices.

This point of view is commonly found in non-fiction and not in fiction as the story is being narrated by the narrator by relating the experience to ‘you’ and making you the main character. Among the different forms of creative outlets that use second-person narrative, video games and song lyrics are the most common ones.

The second-person narrative helps make the story more personal, aids the writer in improving their writing skills and also provides an element of style to you, the reader by pulling you into the main events of the story. One of the most famous and widely-read books that used second-person narrative were the Choose Your Own Adventures, where you were asked to decide your own fate (as the main character).

In this point of view, the writer relates to the experiences of a character and narrates the story with the help of the pronouns ‘he’ or ‘she’.

In this point of view, the writer still uses the pronouns ‘he’ or ‘she’ but now has complete and utter access to all the experiences and thoughts expressed by all the characters.

Which Form Is Better For You?

For many writers out there, writing anything other than academic writing and student papers is a difficult task. Many amateur writers find it easy to write in the First Person while others may think that Third Person is a better form for them. Both these forms have pros as well as cons. One can never compare them and declare a winner amongst these two.

First Person: When one writes in the First-person, the writer wants the reader to be personally involved with the main protagonist and have no doubts about what is going on in his/her head; what they feel and desire in each moment of the story. The reader gets invested in the story so much so that they crave to know how the story will end for our main lead.

This is all well and good but while we are getting acquainted with our dear main lead, do you (the reader) have any idea what is happening on the other side of whichever town the story is based on? Yes, that’s right; you have absolutely no idea that the bad guy is planning on ruining the day. The basic fault in the first person form of writing can be that it puts all its focus and attention on the protagonist and how the lead character responds to his surroundings and not so much on the development of other characters.

To move the story further, unnecessary scenarios, contrived ploys and forced interactions take place in which the main lead stumbles upon the bad guys plotting world dominance or overhears his/her friend in cahoots with the villainous adversary by chance (cue fake gasp). You get the drift, I hope.

Third Person: Now if we were to focus on the Third Person, we would see that it offers us a variety of characters that can share their point of view in the story and help move it along at a natural pace. It has the ability to help us explore the thoughts and desires of all the necessary individuals involved in the story. The narrator of the story can get into the minds of all the characters and with a few simple hints here and there, move the story along without letting the protagonist be any wiser to the plots taking place until the climax.

However, ‘new’ writers may find it harder to write in the third person as there may be too many characters that need equal attention in the book.  Writers need to have great characterization skills in order to spin a well-balanced novel; in which characters have great depth and are portrayed with a little (if not all) touch of reality.

Remember both the forms are equally easy to write and difficult to manage depending on how much skill a writer has.  Although the third person is a rather popular method among the writers today, the most important thing to consider is how well you tell a story. As long as you, yourself are comfortable with the method you use, there is no right or wrong way of writing. What matters is that you convert your imagination into reality.

If you feel a personal bond with all the characters and an inclination to share their story as well, the Third person form of writing is tailor-made for you. On the other hand, if you think you can do justice to your story by narrating it through a single person’s point of view, go write it down instead of procrastinating! Write what feels right to you and you will have a masterpiece in your hands by the time you’re done.

first or thirdsuit you best